The test, conducted yesterday afternoon at NASA’s Stennis Space Center in Mississippi, follows the successful acceptance tests conducted on Engine 1 in November and December 2010. Following the test, Engines 1 and 2 will be delivered to the Wallops Flight Facility launch site in Virginia for integration into the Taurus II first-stage core, as a main engine assembly.

“The successful test is another critical step toward the planned Taurus II first stage ground test in May 2011,” said Executive Director, Pete Cova. “One of the keys to our successful testing is the Orbital, Aerojet and NASA Stennis test teams who continue to work together seamlessly with mission success as their priority.”

Aerojet’s AJ26 engine is an oxidizer-rich, staged-combustion LO2/Kerosene engine that achieves very high performance in a lightweight compact package. Based on the NK-33 engine originally designed and produced in Russia for the Russian N1 lunar launch vehicle, the liquid-fuel AJ26 will provide boost for the first stage of the Taurus II launch vehicle. This testing is being conducted to support the Taurus II Initial Launch Capability (ILC) in the third quarter of 2011.

Aerojet originally purchased approximately 40 NK-33 engines in the mid-1990s and, under contract with Orbital, the company has modified the engines specifically for the Taurus II medium-class launch vehicle. Throughout the years, more than 200 NK-33 engines were built and 575 engine tests conducted, totaling more than 100,000 seconds of test time. Aerojet has been developing design modifications to the NK-33 since that time to ensure that the AJ26 is suitable for commercial launchers.

The Taurus II medium-class launch vehicle is being developed to boost payloads into a variety of low-Earth and geosynchronous transfer orbits and to Earth escape trajectories. Taurus II incorporates proven technologies from Orbital’s Pegasus®, Taurus and Minotaur rockets, and is supported by a “best-in-class” network of suppliers from the U.S. and around the world.

The Taurus II rocket also will be available to civil government and U.S. military customers for dedicated launch services for medium-class scientific and national security satellites. Taurus II will be capable of supporting mid-inclination and polar orbiting spacecraft weighing 10,000 lbs. and 5,500 lbs., respectively.

Aerojet is a world-recognized aerospace and defense leader principally serving the missile and space propulsion, defense and armaments markets. GenCorp is a leading technology-based manufacturer of aerospace and defense products and systems with a real estate segment that includes activities related to the entitlement, sale, and leasing of the company’s excess real estate assets. Additional information about Aerojet and GenCorp can be obtained by visiting the companies’ websites at http://www.Aerojet.com and http://www.GenCorp.com. 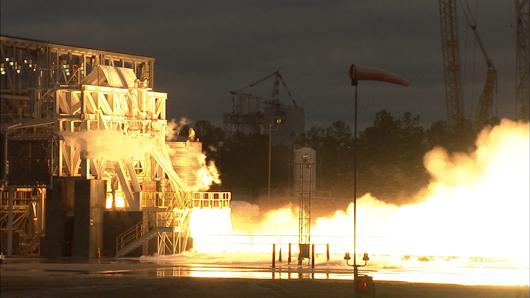