"National security is imperative to the safe and secure future of our country and its citizens," said Aerojet Rocketdyne CEO and President Eileen Drake. "It's truly gratifying to know that the propulsion systems our employees build here at Aerojet Rocketdyne are helping to keep this country - and the brave military men and women protecting it overseas - safe from harm. Congratulations to all on another successful launch."

The RL10C-1 was developed from the RL10 family of upper-stage engines, which has accumulated one of the most impressive track records of accomplishments in the history of space propulsion. More than 475 RL10 engines have supported launches over the last 50 years, playing a vital role in placing military, government and commercial satellites into orbit, and powering scientific space probes on every interplanetary mission in our solar system.

The 12 MR-106 RCS thrusters are assembled in four rocket engine modules and provide pitch, yaw and roll control for the Centaur upper stage as well as settling burns prior to firing the RL10C-1 engine. ARDÉ, a subsidiary of Aerojet Rocketdyne based in New Jersey, manufactures the pressure vessels on the first and second stages of the launch vehicle. 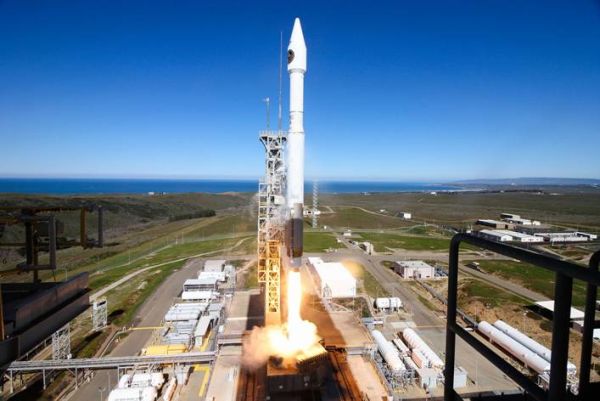