The GPS satellite, built by the Boeing Company in El Segundo, California, includes a pair of Aerojet Rocketdyne propulsion systems provided by the Space Systems Business Unit in Redmond, Washington. These systems are used periodically to keep the satellites in their designated orbits and to eventually decommission them. 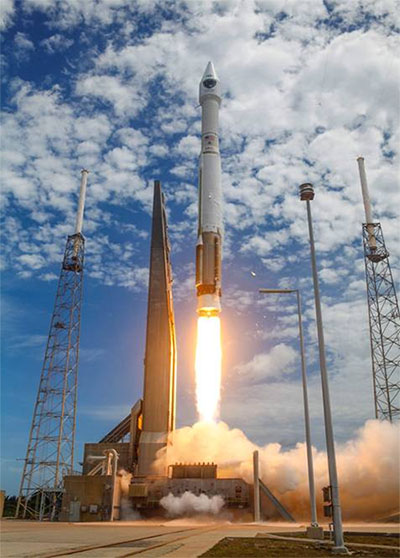 "Aerojet Rocketdyne is honored to provide the propulsion that enables critical GPS satellites to keep our troops and allied forces safe, as well as provide important navigation for commercial and civilian users around the world," said Aerojet Rocketdyne Chief Executive Officer and President Eileen Drake. "Congratulations to all Aerojet Rocketdyne employees whose hard work and dedication on our in-space propulsion systems have enabled 100 percent mission success on all the GPS missions."

The IIF satellites are designed to improve navigational accuracy for civil, commercial and defense applications worldwide. They feature more capability and improved mission performance, including predicted signal accuracy that is two times greater than heritage satellites; a 12-year lifespan that provides longer service and reduced operating costs; and a military signal that has better resistance to jamming in hostile conflict areas. Aerojet Rocketdyne in-space propulsion systems have provided 100 percent mission success on all GPS missions over their lifetime.