SACRAMENTO, Calif., Aug. 10, 2016 (GLOBE NEWSWIRE) -- Aerojet Rocketdyne, a subsidiary of Aerojet Rocketdyne Holdings, Inc. (NYSE:AJRD), is working with Sierra Nevada Corporation (SNC), a leader in aerospace and defense systems, to conduct an architectural design study for a habitation system that would enable NASA astronauts to live for long durations beyond low-Earth orbit. SNC is serving as the prime contractor under NASA's Next Space Technologies for Exploration Partnership-2 (NextSTEP-2), which seeks commercial development of deep-space exploration capabilities to support more extensive human spaceflight missions.

"We look forward to working with our industry partners on an architectural study for a habitat system that will allow humans to live in space farther from Earth and for longer durations than ever before," said Aerojet Rocketdyne CEO and President Eileen Drake. "It's an especially unique opportunity to help stimulate the commercial space industry while leveraging existing and emerging technologies, furthering our nation's ability to explore the frontiers and expand our knowledge of space."

As part of that study, Aerojet Rocketdyne has proposed to build a fully-functional prototype PowerTrain™ Solar Electric Propulsion (SEP) system designed to deliver power from the solar arrays to the thrusters on the spacecraft. The PowerTrain™ SEP system uses a peak-power tracking capability and is compatible with current and future advanced Hall-effect thruster propulsion systems. Last year, the company successfully built and tested a prototype system in a simulated mission environment to show that it could achieve improved system efficiency over current Power Management and Distribution approaches used on satellites. The prototype was tested at Aerojet Rocketdyne's Los Angeles facility, where most of the International Space Station power-system hardware was developed.

Under the 18-month architectural design study, Aerojet Rocketdyne and SNC will devise concepts that include standards, common interfaces and testing approaches for the habitation system. It will also include the development and integrated testing of the full-size ground prototypes by 2018. The project details will depend on final contract negotiations.

According to NASA, the prototypes will demonstrate critical aspects of the engineering processes involved in the development of the operational unit. The engineering test units will closely resemble final hardware and software products, and will be built and tested in order to establish confidence that the designs will function as expected in the harsh environments of space. 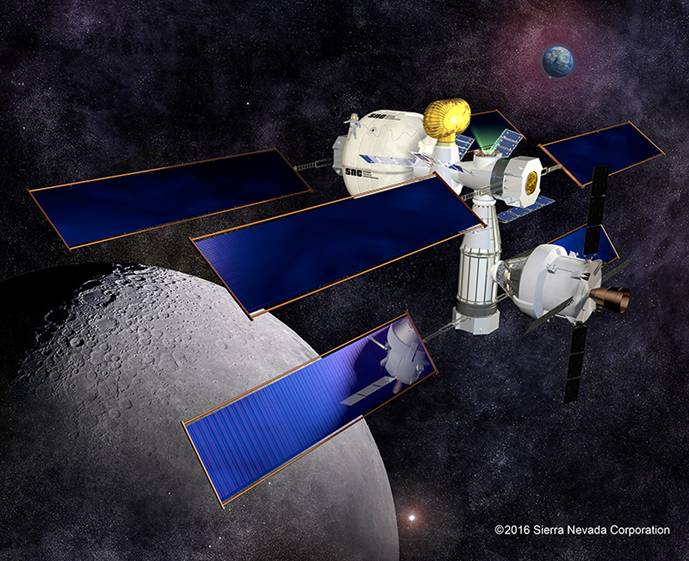