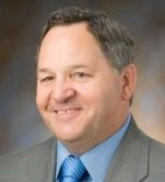 SACRAMENTO, Calif., Nov. 30, 2015 (GLOBE NEWSWIRE) -- Aerojet Rocketdyne, a subsidiary of Aerojet Rocketdyne Holdings, Inc. (NYSE:AJRD), announced today that Jerry Tarnacki joined the company as vice president of Quality and Mission Assurance. Tarnacki will be based out of the West Palm Beach, Florida facility.

"I couldn't be more pleased to have Jerry join my leadership team," said Aerojet Rocketdyne CEO and President Eileen Drake. "Jerry brings a wealth of expertise in the areas of manufacturing, quality assurance and continuous improvement. Having worked closely with him in the past, I've experienced firsthand, his focus on attention to detail and his distinction as a Six Sigma mentor. Maintaining exceptional quality in our products and processes is a core value for Aerojet Rocketdyne, and by bringing Jerry on board, we're boosting that commitment to an even higher level."

In his early career, Tarnacki served eight years active duty with the U.S. Air Force as a program manager in the areas of materials and propulsion. He continued to serve in the Air Force Reserve, retiring in 2002 as lieutenant colonel.

Aerojet Rocketdyne is an innovative company delivering solutions that create value for its customers in the aerospace and defense markets. The company is a world-recognized aerospace and defense leader that provides propulsion and energetics to the space, missile defense and strategic systems, tactical systems and armaments areas, in support of domestic and international markets. Additional information about Aerojet Rocketdyne can be obtained by visiting our websites at www.Rocket.com and www.AerojetRocketdyne.com