In this role, Khan will report directly to Aerojet Rocketdyne CEO and President Eileen Drake and lead the technologies and services that are manufactured and delivered to support integral defense initiatives around the world. He also will serve as the interface with the U.S. Air Force, Army and Navy and the major companies involved in supplying customers with Aerojet Rocketdyne's propulsion systems and services. Khan will be based out of the company's Huntsville, Alabama facility, its Defense headquarters. 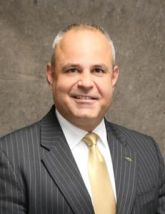 Prior to joining industry, Khan served 21 years in the U.S. Air Force and held roles of increasing responsibility before retiring as a Colonel in 2010. Prior to leaving the Air Force, Khan commanded a workforce of more than 950 people who were responsible for the operations, maintenance, security and management of 150 nuclear-armed intercontinental ballistic missiles, critical equipment, facilities, a squadron of UH-1N "Huey" helicopters, and ground vehicles in excess of $5 billion. His leadership roles in the Air Force included budget, operations, strategy development, program management, intelligence, surveillance, reconnaissance, space launch, flight and missile defense.

"Mohammed brings a significant amount of industry and military leadership to Aerojet Rocketdyne, including a deep understanding of the current and future capability needs of our defense customers," said Drake. "His impressive track record in the U.S. Air Force and in industry clearly demonstrates that Mohammed has both the forward-looking vision and the operational knowledge that Aerojet Rocketdyne needs in order to provide competitive defense products and services while achieving world class performance."