SACRAMENTO, Calif., May 03, 2017 (GLOBE NEWSWIRE) -- Julie Van Kleeck, vice president of Advanced Space and Launch Programs and Strategy at Aerojet Rocketdyne, a subsidiary of Aerojet Rocketdyne Holdings, Inc. (NYSE:AJRD), has been named an American Institute of Aeronautics and Astronautics (AIAA) Fellow in recognition of her exceptional and visionary leadership and contributions to the design, development and operation of space and missile propulsion systems for U.S. and international applications.

AIAA confers the distinction of Fellow upon individuals in recognition of their notable and valuable contributions to the arts, sciences or technology of aeronautics and astronautics. 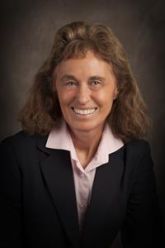 During her 35-year career at Aerojet Rocketdyne, Van Kleeck has developed combustion and cost models that enabled pioneering advanced rocket engine designs and the Advanced Liquid Axial Stage (ALAS) program; a first-generation missile defense system. As chief engineer for ALAS, and later for the Brilliant Pebbles program, she developed the main and attitude control engines that yielded engine technology that is used in exoatmospheric missile defense systems that defend our country today.

Later in her career, as director of Atlas Solid Rocket Booster production, she led the qualification and serial-rate production of the world's largest monolithic solid rocket for the Lockheed Martin Evolved Expendable Launch Vehicle family, enabling the multiple configurations of the Atlas launch system to affordably launch the full spectrum of payloads for NASA, commercial and national defense applications. Still in use today, more than 100 of these motors have been delivered with 100 percent mission success.

Van Kleeck and other recipients of the AIAA Fellow distinction will be formally recognized during an induction ceremony that will take place at the AIAA Aerospace Spotlight Awards Gala on May 3, 2017, in Washington, D.C.