The HBTD program is developing key technologies for rocket engines that employ an oxygen-rich staged combustion (ORSC) engine cycle - the same cycle that is used for the Aerojet Rocketdyne AR1 engine - a potential replacement engine for the Russian RD-180. The reusable HBTD demonstrator engine is a 250,000 lbf thrust class engine that is capable of up to 100 flights, and features high-performance, long-life technologies and modern materials.

"The large quantity of data gathered during this test series is invaluable in anchoring the analytical models that were developed for use with this and future engine programs. We incorporated a novel fuel and oxidizer mixing technology in the preburner design, which yielded an extremely uniform gas temperature throughout the engine," said Joe Burnett, Aerojet Rocketdyne program manager of the Hydrocarbon Boost Technology Demonstrator program. "Consistent gas temperatures in an engine are critical for turbomachinery performance."

"At Aerojet Rocketdyne, we evolve rocket science. The Hydrocarbon Boost Technology Demonstrator program is key to a state-of-the-art oxygen-rich staged combustion engine with components that include modern materials using advanced manufacturing techniques," said Eileen Drake, Aerojet Rocketdyne CEO and president. "What we've learned will be instrumental as other engines are developed using this same engine cycle, such as our AR1 engine."

The series of successful tests also marked the first use of the Mondaloy 200™ super alloy, which was developed jointly by Aerojet Rocketdyne and the AFRL Materials Directorate. Mondaloy 200™ is an enabling technology for rocket engines that employ the ORSC engine cycle because of its high-strength and burn resistance properties. 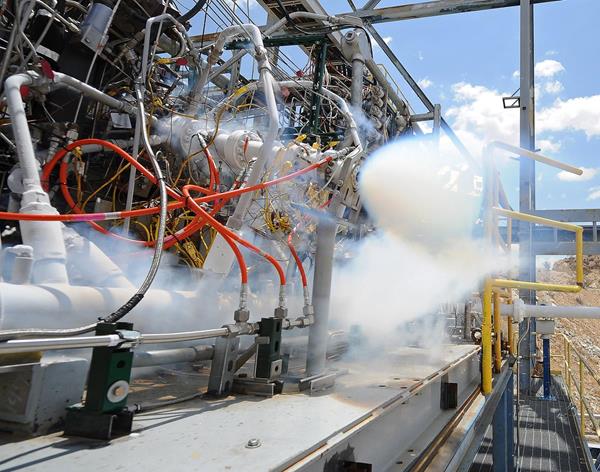