NASA and Boeing recently completed a Critical Design Review (CDR) of the Exploration Upper Stage (EUS) for NASA’s giant exploration rocket, the Space Launch System (SLS). The EUS will begin flying on the SLS Block 1B version to provide it with extra lifting power, in fact the SLS Block 1B has three times the lifting capability of current commercial vehicles. 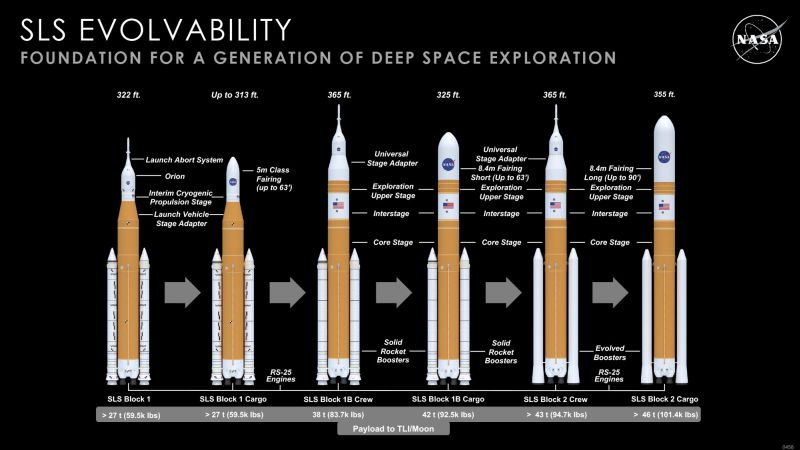 Achieving this CDR milestone means the EUS is approved to move from final design to the production of flight hardware.

Aerojet Rocketdyne has provided four RL10 engines for the EUS and these engines will be used to increase the vehicle’s already unmatched lifting power, enabling it to simultaneously launch astronauts and large payloads to the moon. 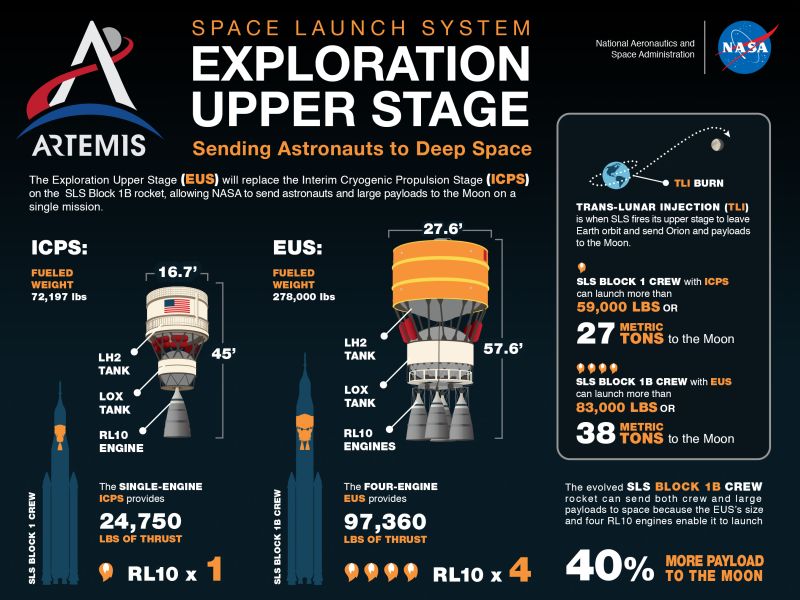 The SLS Block 1B will be able to carry Orion plus an additional 10 tons of cargo to lunar orbit, a crucial capability for future missions. 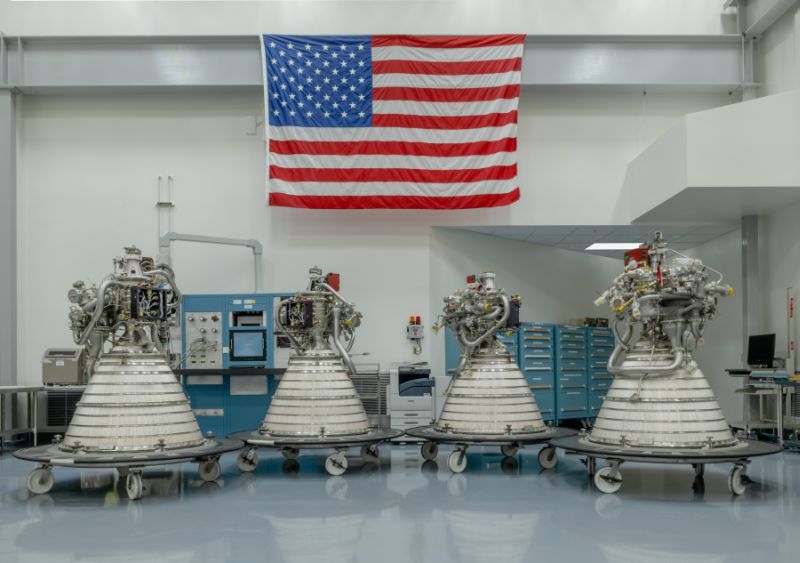 Four Aerojet Rocketdyne RL10C-3 engines will power the Exploration Upper Stage that is in development to support NASA’s SLS 1B launch vehicle. This more powerful rocket will enable NASA to send astronauts and large payloads to the Moon in a single launch.

The reliable, high-performance RL10 engine is key to the added performance of SLS Block 1B. Recently, this engine marked its 500th flight in space.

NASA intends to use the lessons learned from living and working on the Moon to set the course for Mars and other deep space destinations. The evolution of SLS will finally bring those destinations within reach for human explorers.