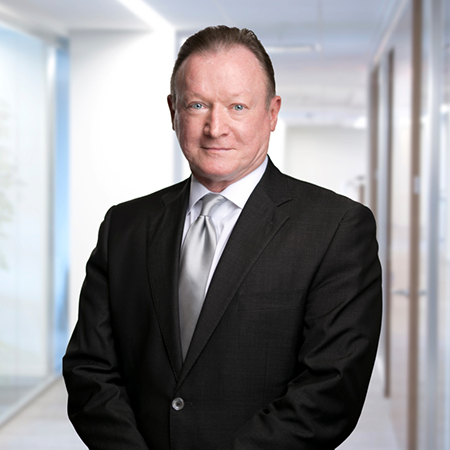 August 12, 2022 - HUNTSVILLE, Ala. – Michael Mutek, general counsel for Aerojet Rocketdyne’s Defense Business Unit, has contributed to the legal field for more than 40 years – whether it be through his job, active involvement in various professional associations, or the frequent speaking engagements that go with being a widely recognized expert in federal contracting law.

And the demand for his expertise is increasing.

Beginning this month, Mutek will take on an additional role as a newly elected member of the Board of Governors of the American Bar Association (ABA), a 400,000-member organization that serves as the voice of the legal profession in the United States.

“I would like to congratulate Michael Mutek on his recent election to the ABA Board of Governors,” said Joe Chontos, general counsel (acting) of Aerojet Rocketdyne. “Michael has an extraordinary legal mind, tremendous stature in the government contracts law community and a deep desire to give back. We, his colleagues, regard him as the model of what it means to be an attorney. He will serve the board with great distinction.”

Mutek is among a class of candidates who were elected at the ABA’s mid-year meeting earlier this year. The new board members officially began serving their three-year terms at the ABA’s annual meeting this week.

Established in 1878, the ABA is the largest voluntary association of lawyers in the world, providing a resource for its members while advocating for the rule of law in the United States and beyond. The board currently consists of 43 members representing the ABA’s 19 regional districts, with 18 at large members and six officers.

Before coming to Aerojet Rocketdyne in 2018, Mutek held senior positions with the international law firm Steptoe & Johnson LLP, Raytheon Technologies, and as a member of the Air Force’s trial team. He has served as an expert witness on government contract cases, mediated prime contractor-subcontractor disputes, testified before Congress on contracting matters and authored several legal publications.

Mutek has long been active in the ABA, currently serving in its House of Delegates and as a fellow of the association’s Public Contract Law Section, which he previously chaired. Additionally, he is a life fellow of the American Bar Foundation and a faculty member of the Public Contracting Institute.