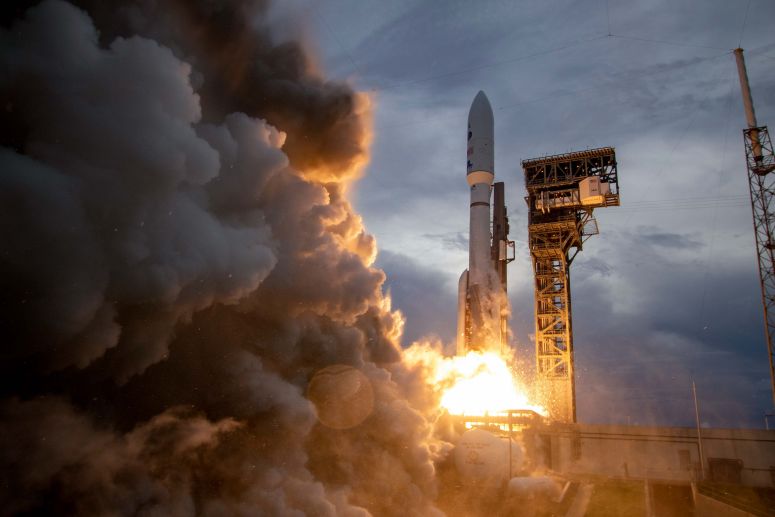 “Our nation invests significant resources in these incredibly complex national security space missions to keep us and our allies safe by maintaining situational awareness of the threats posed by would be adversaries,” said Aerojet Rocketdyne’s Space Business Unit Senior Vice President Jim Maser. “Being part of the team that helps deliver these critical assets to orbit with 100% mission success is an incredible responsibility, and one we don’t take lightly.”

Aerojet Rocketdyne’s RL10C-1 engine generated 22,900 pounds of thrust to propel the Atlas V’s Centaur upper stage as it precisely delivered the spacecraft into its intended orbit. During its nearly 60 years of operational use, the RL10 family of engines has helped deliver hundreds of satellites to orbit and has sent spacecraft to explore every planet in our solar system.

Six composite overwrapped pressure vessels (COPVs) built by Aerojet Rocketdyne subsidiary ARDÉ supported operation of the Atlas V. These tanks, four on the first stage and two on the second stage, hold helium at high pressure that is used to help deliver propellants to the Atlas V and Centaur engines.