Aerojet Rocketdyne Team Walks the Walk for Colleague in Need 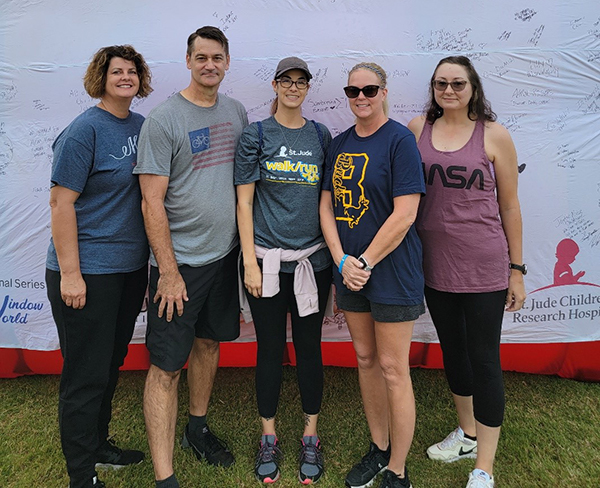 October 7, 2022 - HUNTSVILLE, Ala. – It is often said – so often, in fact, that it’s the subject of a popular country music song – that in difficult times, you find out who your friends are.

Wade K., a chief engineer at the company’s Defense Headquarters, found that out soon after getting the kind of news that every parent dreads: his 8-year-old son Adam had been diagnosed with a rare form of childhood cancer.

When word got out, Wade’s Aerojet Rocketdyne colleagues immediately asked how they could help their colleague and friend. As it turned out, one of the best ways to help was to go for a walk.

Wade’s saga began early this year, when he took Adam to a local emergency room for what doctors initially thought was an allergic reaction but later realized it was something much more serious. The definitive diagnosis came in March from St. Jude Children’s Research Hospital, a national organization that specializes in childhood cancer.

The good news is that acute lymphoblastic lymphoma is highly treatable and Adam has an excellent prognosis for a full recovery. The bad news is the treatment is an arduous, two-year process.

“It’s definitely the toughest thing we’ve ever gone through,” Wade said six months into the program, which entails – among other things – lengthy stays for Adam at St. Jude’s main hospital in Memphis, Tennessee, about 215 miles from Huntsville. It would be a challenge for any family, never mind one with four children.

Luckily, Wade and his family have a strong and supportive network of family and friends in Huntsville, and St. Jude is covering all costs associated with Adam’s care, including travel. “Given that, the best way for colleagues to help is to support St. Jude,” Wade said.

Autumn L., Aerojet Rocketdyne program director and Wade’s program leader, saw an opportunity to do just that in the form of a St. Jude Walk/Run fundraising event that was, as fate would have it, being held in Huntsville this past September. She acted quickly, sending a note to her team urging them to turn out for the event, which raises money through participant sponsorships. 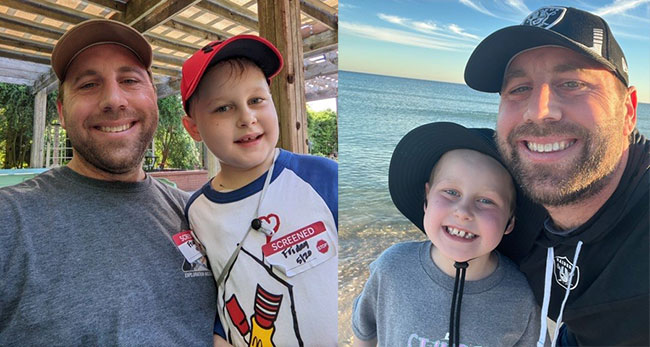 “I just want people to know that major things happen in life and you do not have to be isolated – you can have people support you, even if it’s indirectly,” Autumn said. “Aerojet Rocketdyne has an incredibly caring culture; we care about people and want to be able to support them both personally and career-wise.”

True to her words, Autumn was among the Aerojet Rocketdyne team members who participated in the Huntsville Walk/Run as part of Team Adam, raising $1,250 for St. Jude. While the event is over, Team Adam is still taking donations toward its fundraising goal of $5,000. If you’re interested in supporting Team Adam, check out the fundraising link, which will be active until Oct. 11.

“It brought tears to my eyes,” Wade said of the way his colleagues came together to support the cause. “It still does – our team cares so much about individuals.”

Noting that Aerojet Rocketdyne still has “rockets to build and schedules to meet,” Wade said that he also was moved by the way his colleagues have stepped up at the office during his long absences while taking care of Adam.