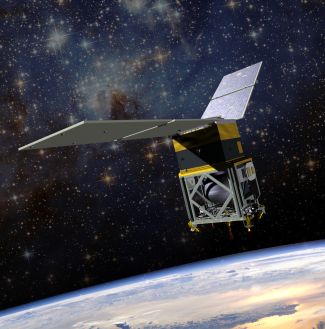 The GPIM spacecraft completed a series of thruster firings demonstrating that the green propellant technology provides all functions required for typical spacecraft operations. The propulsion subsystem will be characterized multiple times to verify thruster life. Each propulsive maneuver is optimized to lower the orbit of the space vehicle, with the final thruster firing placing GPIM in an orbit to re-enter the atmosphere, promoting space environment sustainability.

Aerojet Rocketdyne shares everything you need to know about NASA’s Green Propellant Infusion Mission on the above episode of “Fuel for Thought.”

“Green propellants can reduce mission costs by simplifying safety logistics and equipment needed for pre-launch handling operations at the launch site, as well as extend mission life because of the higher performance it offers,” said Ron Spores, GPIM Program Manager for Aerojet Rocketdyne. “Aerojet Rocketdyne has led the way in propulsion technology since the earliest days of the Space Age, and this is just one example of how we are staying ahead of the curve.”