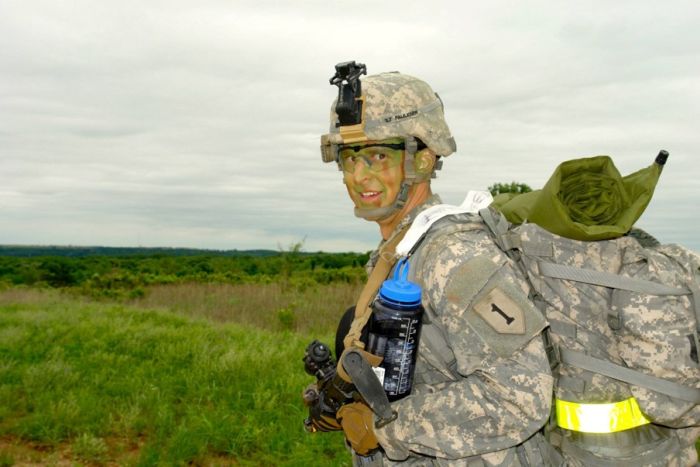 Dan during his active duty service

November 18, 2022 - From serving as a U.S. Army officer to leading a team at Aerojet Rocketdyne, Dan F. has leveraged leadership skills learned through strong role models. "I have always had a passion for leading and developing teams; there's something amazing about watching a team grow, develop and unite for a common goal," said Dan. "What sets leaders apart is the ability to unite and motivate a group of people, and to effectively communicate important information to them."

Dan joined the Army in 2011, where early in his military career, he was placed in a position responsible for the health, safety and tactical performance of his unit. His duties included executing complex and, at the time, dangerous field training exercises while mitigating risk and ensuring a safe environment for the team.

"If I don't do my job right as a leader and communicator and my unit isn't prepared, the consequences are unforgiving," said Dan. "One of the best ways to be an effective leader is by uniting people and creating mutual respect so that they want to listen to you and they want to share information with you." 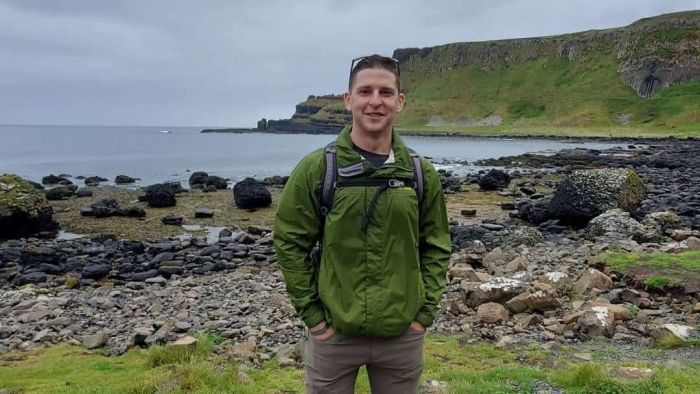 Now Dan uses the same skills he did in the Army to manage the teams who manufacture the large solid rocket motors for the Sentinel and eSR-19 programs at Aerojet Rocketdyne's Advanced Manufacturing Facility in Huntsville, Alabama.

Dan oversees two aspects of these programs – the composite technicians, who manufacture and assemble the composite case, and the program integrators, who serve as the main link between the program office and operations. Similar to the Army, there's an emphasis on prioritizing safety at Aerojet Rocketdyne.

"Safety is very much what we start and end our days with," said Dan. "I need to convey and model good practices to ensure my team does the best they can to maintain safe working environments. As challenging as program schedules can be, there's never a compromise when it comes to safety."

Dan's military background was successful in helping him get to where he is today. He encountered talented leaders at a young age, which cemented for him the idea of how a leader should act. In addition, Dan was part of Aerojet Rocketdyne's Operations Leadership Rotation Program, which provides employees the opportunity to lead assignments at sites across the enterprise.

"I had remarkable role models to look up to and when I was given a significant opportunity and privilege to lead men and women during my time in the Army, I felt prepared," said Dan. "Although I'm not serving anymore, I now lead a team where we're helping the men and women who are serving. What we do to power defense is a big deal – our warfighters need our products to work the first time because in Defense, you don't always get a second chance."