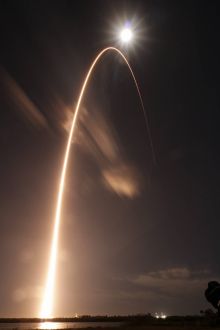 Aerojet Rocketdyne delivered a major assist in the launch of a scientific probe that will study the Sun from as close as inside Mercury’s orbit.

Solar Orbiter is an international cooperative mission between the European Space Agency and NASA. It is the latest in a long line of probes that are slowly but surely unlocking the secrets of our solar system’s resident star.

The Atlas V’s Centaur upper stage was powered by Aerojet Rocketdyne’s RL10 engine, a powerful and versatile workhorse whose variants have flown hundreds of missions on a wide assortment of rockets since the 1960s. The RL10C-1 that supported this mission generates 22,900 pounds of thrust for Centaur. Other RL10 variants are set to provide upper-stage propulsion for at least three rockets currently in development, including ULA’s Vulcan Centaur, Northrop Grumman’s OmegA, and NASA’s heavy-lift Space Launch System exploration rocket.

A single Aerojet Rocketdyne AJ-60A solid-fueled strap-on motor provided additional liftoff power needed for the mission. With a length of 67 feet and a thrust of 348,500 pounds, the AJ-60A is the world’s biggest and most powerful monolithic solid rocket booster ever flown.

Two years after its launch, the Solar Orbiter will arrive in a highly elliptical orbit that takes it to within 26 million miles of the Sun, which is inside the orbit of its closest planet, Mercury. Once there, Solar Orbiter will study how the Sun creates and controls the heliosphere, the bubble of charged particles that extends out to the interstellar medium.

The Solar Orbiter’s observations will complement those made by NASA’s Parker Solar Probe, which was launched in August 2018 aboard a ULA Delta IV Heavy rocket. Aerojet Rocketdyne provided propulsion for both the rocket and spacecraft on the Parker Solar Probe mission. 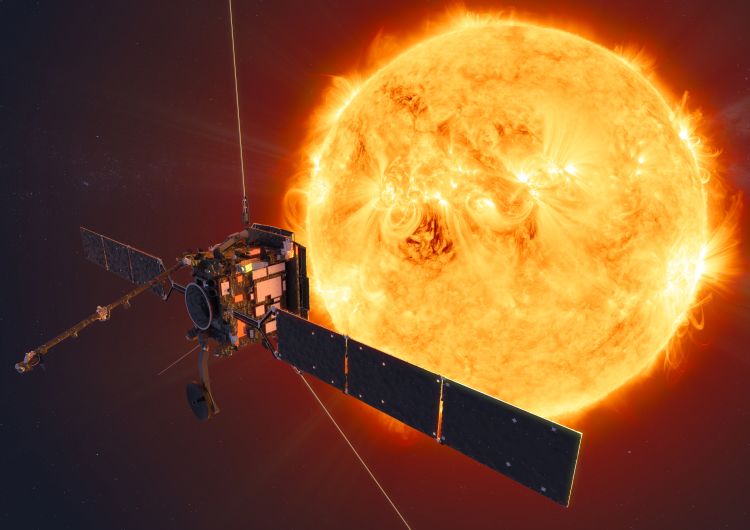 The Solar Orbiter mission will face the Sun from within the orbit of Mercury at its closest approach. Credit: ESA/ATG medialab